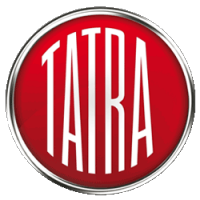 The Kopřivnice car maker, known as TATRA, ranks among the oldest carmakers in the world and with its over 116 years of continuous activity significantly influenced the automotive industry not only in the Czech Republic but also abroad. Heavy-duty off-road vehicles and terrain-road combined transport vehicles are continually being developed as part of the increasing customer demands. An important advantage of TATRA TRUCKS a.s., not only in terms of development but also production capabilities, is the high level of human potential.